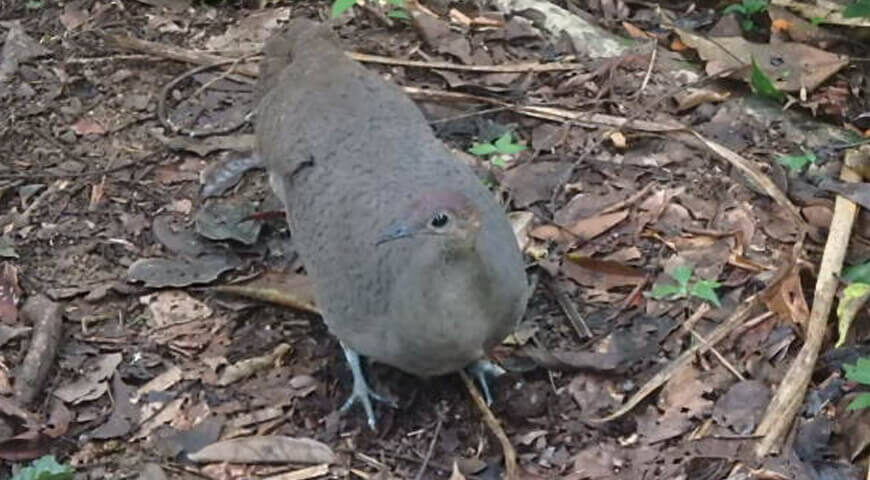 Exclusively Neotropical family of birds, composed of 45 species distributed in nine genera, with the greatest diversity of representatives in the Amazon River basin. The genus Crypturellus is the largest in the family, and species with great similarity and a wide intraspecific diversity are housed there, which has generated disagreements when establishing the number of accepted species.

This family is one of the oldest in the new world, the oldest fossils have been found in Patagonia and date back to the Miocene, 10 million years ago. The origin of the family and its taxonomic affinities have long been debated. One of the most widely accepted proposals is the one that argues that tinamus come from the same lineage as ostriches,
kiwis, emus and cassowaries, with which they share a wide variety of characters such as: bone shape and structure, musculature, karyotype, genetic information and metabolism.

Tinamus are small to medium-sized birds with short, rudimentary tails, long, slender necks, hind toes raised to tarsus or absent, and dark brown, yellow, gray, barred, striated, or mottled plumages, helping them to camouflage itself in the environment. One of the most striking characteristics among the members of this family is that they have
quite narrow blood vessels, lungs and a small heart, which explains why they tire quickly when they flee, despite their large muscles.

They occupy a wide variety of habitats and range from sea level to more than 5000 m in height, although the greatest diversity can be found in lowlands or at moderate elevations. Costa Rica has 5 spices of them.